Our Shreveport location opened in 1922 and is the reason we can celebrate 100 years of caring for kids in 2022. The story of Shreveport – and, by extension, our healthcare system – provides a great glimpse into our community back then.

Celebrating 100 years of caring for kids

In 1920, when members of the Shriners fraternity officially made the momentous decision to establish a hospital to care for children with orthopedic difficulties, perhaps few envisioned a location as unassuming as Shreveport, Louisiana, to serve as home to the pivotal endeavor. While it was a well-established port and agricultural town at the time, Shreveport was essentially unknown on a national level. Even the local Shriner membership was relatively new, with the fledgling El Karubah Shriners receiving its charter in 1914.

But by mid-1921, when plans to build the first Shriners Hospital in St. Louis, Missouri, were stalled due to issues with land acquisition, Shreveport put itself on the map.

Making the case for Shreveport 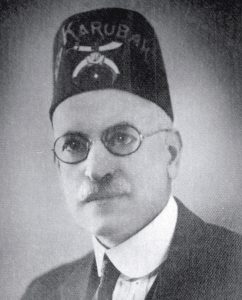 James Horace Rowland drove the effort to establish Shreveport as the home of the first Shriners Hospital.

Upon learning of the plans for a system of hospitals, well-known businessman, civic leader and El Karubah Potentate (CEO) James Horace Rowland launched an aggressive campaign to bring a hospital to Shreveport. Rowland promptly began raising funds and secured the necessary land. He then enlisted the help of the Shreveport Medical Society in obtaining funding for a qualified orthopedic surgeon for one year of operation. 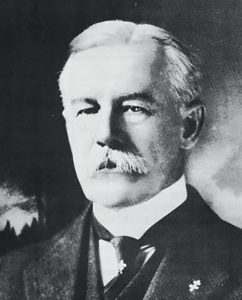 Joined by Shreveport Mayor L.E. Thomas and other El Karubah founding fathers, Rowland traveled to Atlanta to present his proposal to the Shriners committee overseeing the hospital initiative. Rowland laid out not only the strong local support and plans already underway, but also the potential for the Shreveport area to benefit greatly from oil and natural gas development over the years. Chaired by Sam Cochran of Dallas, Texas, the committee was impressed with the level of preparation by the Shreveport delegation. In September 1921, Rowland and the El Karubah Shriners were given the approval to proceed.

When reporting back to his constituents following the approval of Shreveport as the first host city, Rowland recalled significant competition among the potential host cities.

“While we had all hoped that Shreveport would be selected as the location … there was tremendous pressure brought to bear by other cities, and there appeared to be little assurance that the town had a chance,” Rowland recalled in a 1921 newspaper interview. “I feel that the work done by El Karubah’s representatives … was mainly instrumental in the adoption of the hospital plan as a whole.”

Planning a special place for kids 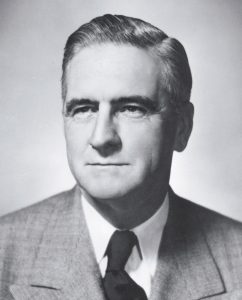 With the path cleared for establishing a hospital in Shreveport, area Shriners turned their attention toward planning the new facility. The Shriners called upon Edward Frank Neild, a prominent local architect and founding father of El Karubah Shriners, to lead the design effort. Neild, who had previously contributed his talents to elaborate local landmarks including the Scottish Rite Cathedral, B’nai Zion Temple and Caddo Parish Courthouse, created an ornate design, drawing inspiration from the Scottish Rite Hospital in Atlanta. Neild would go on to have a prolific career, including being tapped by President (and Shriner) Harry S. Truman to provide consultation for both renovations to the White House and the design work for the Truman Library.

Plans for the first Shriners Hospital called for a 60-bed facility, separated into 30-bed boys’ and girls’ wards. The 5.9- acre plot of land at the corner of Kings Highway and Samford Avenue, secured by the El Karubah Shriners, would later be purchased by the Shriners at a cost of $35,000 and donated to the hospital. Cost estimates for construction and equipment totaled about $300,000.

In May of 1922, the cornerstone for the world’s first Shriners Hospital was placed during a ceremony with an audience including throngs of Shriners, friends and well-wishers. Officiated by Imperial Potentate (fraternity CEO) Ernest Cutts (Alee Shriners), the ceremony ensured the Shreveport facility’s legacy as the first Shriners Hospital and physically signaled the start of an ambitious and unprecedented effort to provide essential care to children in need. 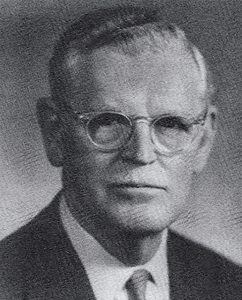 As construction of the Shreveport facility progressed throughout the summer of 1922, plans were also under development to immediately begin addressing the orthopedic needs of children throughout the region. Guy Caldwell, M.D., began scheduling appointments for children from his medical office in downtown Shreveport. Making good on its earlier promise, the Shreveport Medical Society arranged Dr. Caldwell’s services for the first year of the hospital’s operations, a condition of the hospital coming to Shreveport.

Making a difference in patients’ lives

The first patient in the Shriners Hospitals healthcare system was seen in Dr. Caldwell’s downtown office on Sept. 16, 1922. The patient was Aileen, a 7-year-old girl from Gibsland, Louisiana, who was treated for clubfoot. From her first visit, Aileen developed a special relationship with the facility and returned on numerous occasions throughout her lifetime in support of Shriners Hospital.

In the months that followed, Shriners Children’s Shreveport initiated in earnest its mission of providing excellent orthopedic care to children in need. By the dedication of the completed new facility on April 6, 1923, the hospital had already established itself in the hearts of the Shreveport community.

“The Shriners Hospital … is truthfully known as this city’s greatest blessing,” stated an editorial published in the Shreveport Times coinciding with the dedication. “For there could be no nobler work than the (helping) of little innocents who have no way of helping themselves.”

Following the pomp and ceremony of dedicating their beloved and sought-after new hospital, Louisiana Shriners directed their focus toward meeting the needs of a challenging and diverse patient population. While primarily focusing on the devastating effects of polio on children, the first Shriners Hospital offered services for children with congenital (present at birth) orthopedic conditions, as well as care for orthopedic injuries such as those acquired through hard labor on the region’s farmland.

In the first years of the hospital’s operation, patients had to satisfy three requirements to receive treatment: be age 14 or under, be indigent or otherwise unable to pay for services, and have a condition that could be treated by the medical staff of the facility. The preconditions were ultimately revised to include care for all children up to age 18 who could benefit from the services provided, regardless of financial status.

Rowland, whose efforts were largely credited with bringing the first Shriners Hospital to Shreveport, was named the first chairman of the hospital’s Board of Governors. In keeping with his intimate involvement with the hospital, Rowland played a highly visible role in directing the hospital’s efforts. In his 20 years as chairman, Rowland remained a fixture and paternal presence within the facility, earning the affectionate nickname “Daddy Rowland” among the hospital’s young patients.

In its first year, Shriners Children’s Shreveport provided care to some 480 children. Within five years, that number had expanded to over 1,000, with families traveling hundreds of miles via train, car, and even horse to give their children a chance at improving their lives via the Shriners’ labor of love.

One hundred years ago, Louisiana Shriners embraced the grand vision of leaders in the fraternity and made it their own, orchestrating a bold plan to bring life-changing orthopedic care to children throughout the South. That local vision for Shreveport was brought to life through the contributions of dedicated Shriners, experienced medical professionals, nurses and staff, and the enduring support of the Shreveport community. And it continues to this day at that venerable plot of land at the corner of Kings Highway and Samford Avenue.