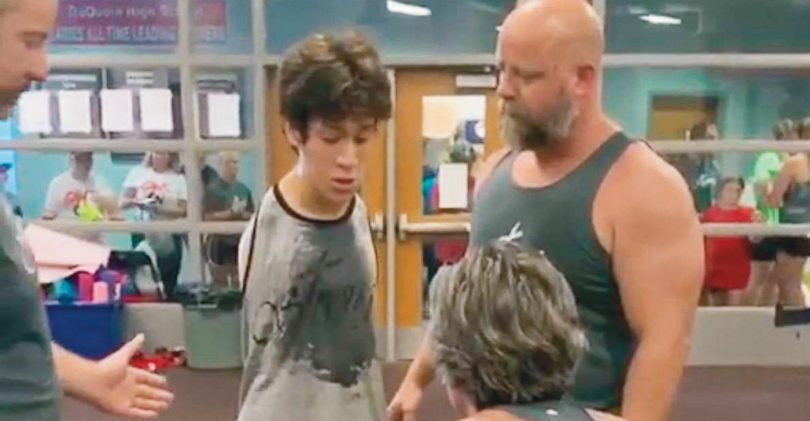 Chicago patient inspires many with one big jump

Followers of Shriners Hospitals for Children — Chicago may have already known Tim. The 14-year-old, who was born without arms, has served as a patient ambassador for hospital events. But Tim’s fame climbed to a new level this past summer, when his “box jump” went viral. Tim’s leap onto a 20-inch-high box at the strength and conditioning camp for children with limb differences was posted on social media channels, including ESPN’s. Tim received nationwide media attention. “It was cool to go viral, but also a lot of work,” Tim said. “Oh, the interviews!” Tim’s mother, Linda, who has Holt-Oram syndrome and was a patient at the Chicago Shriners Hospital, knew where her son could receive the treatment he needed when he was born with the same condition. She said Tim’s story sends the message that people facing challenges should keep trying. “I never thought something. as mundane as jumping on a box could be such a sensation,” said Linda. “Hopefully the takeaway is that there are challenges in life, and we must face them without hesitation. Sometimes it may take a few tries. Sometimes all the noise from outside and [even] in our own head can add to the challenge. But always go after what you want!”

As for Tim, his newfound fame has not affected his humility. “I hope people see that I’m just a normal kid trying to live my best life,” he said.