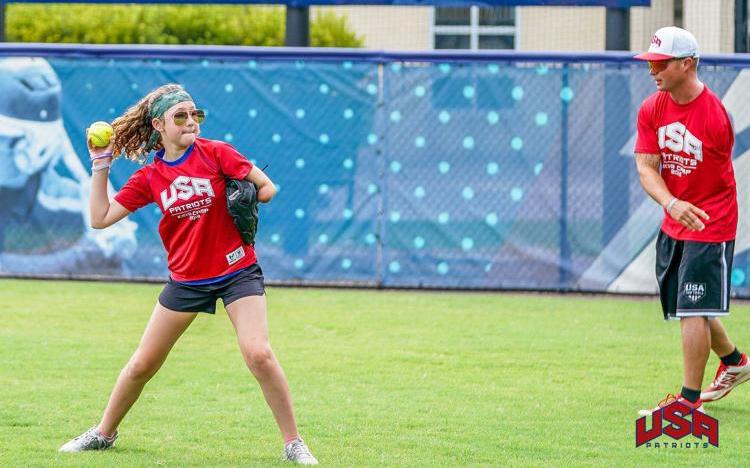 Poppy, 11, from Lincoln, Nebraska, was born missing the lower portion of her left arm. Three ultrasounds during her mother’s pregnancy revealed no complications, so when Poppy was born without part of her left arm, her surprised parents quickly had to decide how to tell friends and family.

They knew that the way they acted would affect everyone else. If they appeared nervous and uncertain, others would be as well. So they interjected some lightheartedness into the situation. “When we called everyone,” Poppy’s mother, Amy, said, “we shared, ‘well, not only does she not have a left arm, but her name is Poppy.’

“I think it was a bigger shock that we named her Poppy.”

It might have shocked her family, even more, to know that Poppy would go on to one day play softball. 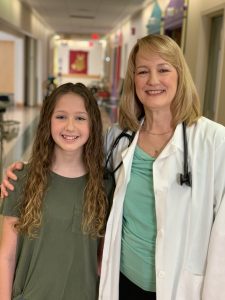 A new world of opportunities

Poppy has a prosthetic arm from Shriners Healthcare for Children — Twin Cities that she uses for a wide variety of activities. Poppy’s hobbies range from football, softball and soccer to dance, playing the guitar, acting and creating art. She also loves math, “which some people think is weird,” she said.

Poppy does not wear a prosthetic arm on a day-to-day basis, but when she does use her prosthetic, she adds special attachments to it for specific activities. She has a flat disk for push-ups or cartwheels, and a small pointer for playing the guitar.

In her 11 years of life, Poppy has been given some amazing opportunities. Poppy and her mom credit the child life team at Shriners Healthcare for Children — Twin Cities for opening up these opportunities, because the staff first told Poppy and her family about the USA Patriots Kids Camp for kids with limb deficiencies.

The camp is organized by the USA Patriots, an amputee softball team put together by Wounded Warriors and made up of veterans who have lost limbs, either in the line of duty or in civilian life. The annual camp provides kids with limb deficiencies a chance to play softball with adults “who actually get you,” according to Poppy. Amy feels the experience and relationships that the kids, the team and the parents all get out of camp are invaluable because they all have a common bond.

Poppy’s experience with the USA Patriots Kids Camp was shared through a few reporters from the Lincoln area, and the head coach for the University of Nebraska Huskers softball team came across her story.

Nebraska coach Rhonda Revelle was inspired by Poppy’s positivity and “can do” attitude, so she invited Poppy to attend a softball practice and meet her team. Coach Revelle’s team was so amazed by Poppy’s ability, they invited her to serve as the bat girl for several games in order to expand her knowledge of softball.

Poppy is an exceptional public speaker with an effervescent personality. Her parents planted poppy flowers in their yard because they feel that the bright-orange flowers match their daughter’s sunny and positive personality. She is grateful for all of her experiences and is wise beyond her years, which is evident in her advice to all:

“It’s okay to be different and do the things that you love. If you’re a girl and you want to play football, then go ahead and do it. And if you want to do other stuff that people say you can’t, just go for it, because anything is possible if you just do it and you try your best.”