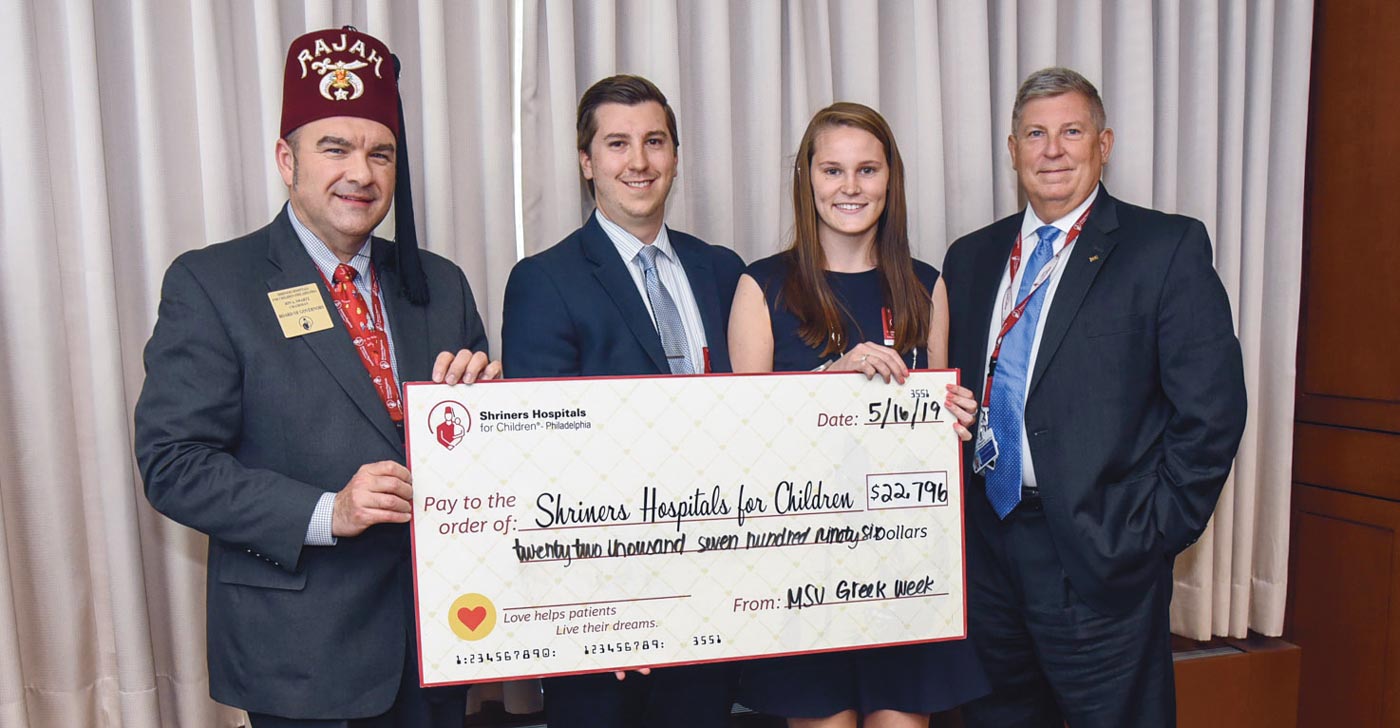 A couple’s everlasting gift shows their dedication to Shriners Hospitals

Nearly 20 years ago, Bob became a Shriner the same year his father was about to be the Potentate, or president, of Crescent Shriners in southern New Jersey. Bob had grown up seeing his father be an active Shriner. His dad served on the Philadelphia Shriners Hospital Board of Governors and was the treasurer. Bob once again followed his father by serving on the Board of Governors. During his time on the board, his children were quietly donating money to the organization that the family cares about so deeply.

“One of my most memorable moments was at a board meeting several years ago when I was recognized with a donor award, except it wasn’t for me,” said Bob. “My daughter, Carolina, had been quietly donating (unbeknownst to me) a payment in place of a car payment every month, and it was her donor award. “There are a few moments that I get very emotional, but this was one of them. My son, Ian, has always given quietly – even while he was in college with limited funds. Recently my son’s girlfriend led her sorority charity drive for the hospital, raising over $23,000. My nephew [planned to run a] marathon in November 2019 and has combined that into a fundraiser for the hospital.”

More important, Bob thinks the time given to speaking about the hospitals is imperative. The fact is, the cost of health care will continue to rise. While our team is very focused on efficiency in delivering care, it costs a lot of money to run all our locations. We need donors to help continue to carry out the mission. What makes Bob the proudest is that his grown children and family are the leaders of the future and have already stepped up to the plate. “One of the most important things that can influence potential donors is a visit to one of our locations – their lives will be changed forever when they see the passion and care our folks provide children day in and day out,” said Bob.

TO SUPPORT our healthcare system through your estate, contact the planned and major giving office at 813-367-2241 or plannedgiving@shrinenet.org 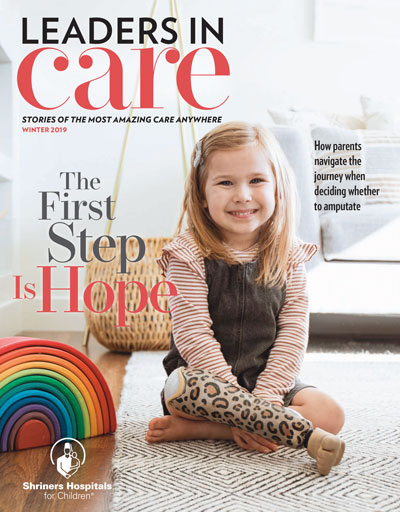