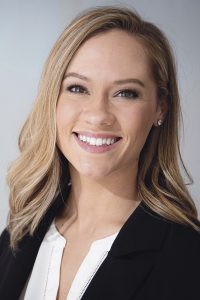 Every former patient of Shriners Children’s has a story to tell, and through the newly founded Patient Alumni Network, we plan to help them share it.

The Patient Alumni Network was formed in 2022 as part of Shriners Children’s 100th Anniversary celebration. The goal of the network is to connect former patients with one other and provide opportunities for them to share their stories and accomplishments with other patients, Shriners, donors and the public. Members of the Patient Alumni Network gathered for their first meeting during the Shriner’s Internatonal fraternity’s annual convention in Minneapolis, Minnesota, in July 2022. 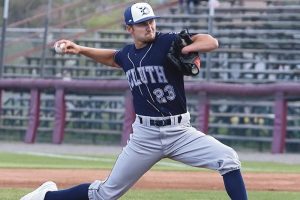 There’s Elena, who at 4, underwent amputation of both of her feet at Shriners Children’s Twin Cities. She had the surgery less than a year after being adopted from Russia. After surgery, she spent months recovering and going to physical therapy. Less than five months after her amputation, Elena was fitted for her first set of prosthetic legs and took her very first steps. “I would not be standing on my own two feet – literally – if it wasn’t for Shriners Children’s!” said Elena, now 24. 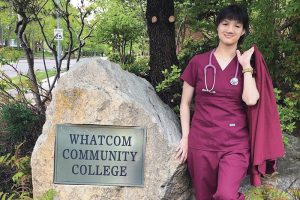 “Everything that was provided by Shriners, from my prosthetic legs to camps, helped me gain confidence in my abilities, excel in athletics, get involved in adaptive programs and live an active life to the fullest. Beyond physical abilities, I developed meaningful relationships and grew as a person through the impact of wonderful people and experiences at Shriners.” 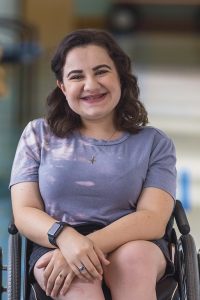 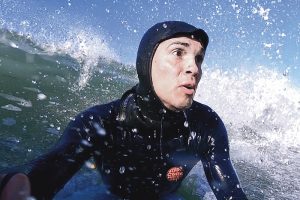 Jacob is a former patient who spent at least a decade of his life being treated at Shriners Children’s Northern California for spastic cerebral palsy. He uses his time with the Patient Alumni Network to speak to current patients and their families. “To any patients or families who are inside Shiners Children’s right now, I have one thing to say to you: one step at a time, one day at a time,” Jacob said. “I know it might be hard right now, but it will get better. Just keep a smile on your face and keep moving forward.” 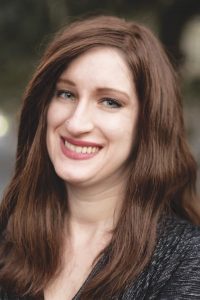 Elisabeth credits Shriners Children’s with giving her the support to succeed.

A former patient and founding member of the Patient Alumni Network is following her dreams and helping open doors for others in the entertainment world. Elisabeth, 28, has a type of cerebral palsy called hemiplegia, which causes weakness on one side of the body.

Her family found out about Shriners Children’s from someone at a grocery store who noticed the child’s physical differences and asked about her diagnosis. The woman was the wife of a Shriner and connected the family with the Chicago hospital. She received care from “kindergarten to college” from Peter Smith, M.D., and a team of specialists at the Chicago Shriners hospital. Her care included a variety of surgeries and therapies.

In addition to helping her progress physically, Shriners Children’s taught her to believe in herself and follow her dreams.

“Growing up, I was always interested in theater and film. I mostly got into it when I was in high school.” Dr. Smith used to joke with her that one day they would name a wing of the hospital after her when she became famous.

Elisabeth graduated from Illinois State University with a theater degree. She has worked in the industry since, including as script supervisor on Hulu’s Best Summer Ever, a teen musical feature film with a cast and crew primarily made up of people with disabilities. In 2020, Elisabeth went in front of the cameras herself, walking in the Runway of Dreams New York fashion show on behalf of Zappos Adaptive.

“Through Shriners Children’s, I gained a support system and the inspiration to help other people with disabilities,” Elisabeth said. She now works as a talent manager from her home in Indiana, representing more than 500 actors with disabilities around the country for Gamut Talent Management.