Medical care can be scary. Just ask Megan. After having traumatizing experiences at other hospitals, Megan was extremely anxious at the thought of surgery. But when her family found its way to Shriners Hospitals for Children — Portland, that all changed. 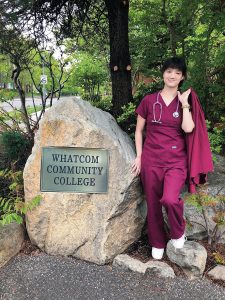 Megan’s career in nursing was inspired by her care at Shriners Hospitals.

Megan was born with a severe case of cleft lip and palate, as well as hemifacial dysplasia, a condition affecting the growth rate of the bones in her face. Her journey with the Portland Shriners Hospital began when she was 5. The child life team there recognized Megan’s fears and worked closely to help her. The techniques they used empowered Megan, and the fear of hospitals she once had were replaced with confidence.

“Shriners is a totally different hospital – in a good way,” said Megan, now 30.

Orofacial clefts are one of the most common birth differences in the United States. Many babies born with cleft lip also have an opening in the roof of their mouth called a cleft palate. This occurs when the tissues that form the roof of the mouth don’t join together before birth and can cause functional changes in breathing, hearing, speaking and eating. Children may require multiple surgeries to correct the mouth, jaw and nose.

Craniofacial differences can be caused by a combination of genetic and/or environmental factors and are sometimes diagnosed before birth. Our physicians often meet with expectant parents to discuss our approach to cleft lip and/or palate repair and to help them know what to expect after delivery and in their baby’s first few months.

Cleft repair at Shriners Hospitals for Children is done by experienced pediatric surgeons. Other members of a child’s care team may include speech therapists, audiologists, dentists and dental radiologists, child life specialists and anesthesiologists. 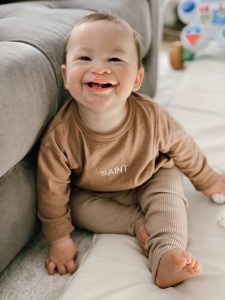 Saint’s journey with cleft treatment began before he was born.

Parents Carly and Max knew their son, Saint, would need cleft treatment even before he was born. They were referred to Eric Liao, M.D., co-director of the Cleft and Craniofacial Center, a collaboration between Shriners Hospitals for Children — Boston and Massachusetts General Hospital for Children. “We visited Dr. Liao before Saint’s arrival,” Carly said. “We left the appointment not only with an understanding of the anticipated course of action for repairing Saint’s cleft, but also with a sense of reassurance that we were going to get through this.” 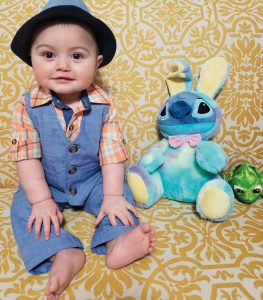 Abie’s family was astounded at the results of his surgery.

Abraham, called “Abie” by his family, was also treated by Dr. Liao at the Boston Shriners Hospital.  “As soon as we met the cleft team, we knew we had found the right people to take care of Abie,” his mother, Marcy, said.

Marcy recalled underestimating how dramatic the outcome of Abie’s surgery would be. “I remember Dr. Liao assuring us that once the repair was made, it would look like it never happened,” she said. “I didn’t think it was possible at the time, but he was right.”

Terilyn, 8, is treated by a multidisciplinary team, including craniofacial plastic surgeon David Morris, M.D., at Shriners Hospitals for Children — Chicago. Their approach helped put the little girl and her mother, April, at ease. “When your child is an infant, the surgeries are hard on you as a parent,” April said. “But now she’s older and she understands what’s happening.” 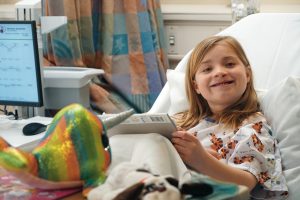 Terilyn gets through surgery with a smile, thanks to her care team.

Repetition at a pre-op appointment helped Terilyn grasp what was coming. “One nice thing about Shriners Hospitals’ approach is that everyone on the team had the same consistent story for Terilyn at that visit,” said April. “Dr. Morris told her everything to expect and asked her if she had questions. Then the psychologist said some of the same information. Then the nurse practitioner talked to Terilyn about her surgery. As a mom, I can see that she’s getting this in her head from that visit because they all shared the same story with her.”

Six weeks later, after surgery, Terilyn was thrilled to get cleared to enjoy her favorite snack. “I’ll go home and probably just have chips and more chips,” she said.

As for Megan, she remained a patient of the Portland Shriners Hospital for 16 years, and the care she received had a life-changing effect on her. She graduated from the health care system in 2012, having had 28 surgeries.

Megan has authored and illustrated three children’s books, donating proceeds to Shriners Hospitals for Children — Portland. Copies of these books hold a special place in the family resource library at the hospital, which is available for all patients and families to enjoy.

Growing up spending a lot of time in hospitals sparked Megan’s career interest. “I had some really wonderful nurses at Shriners Hospitals, and that’s what made me want to get into nursing,” she said. Last year, Megan graduated from nursing school at Whatcom Community College in Washington. She began working as a nurse at a long-term care facility, with hopes of someday working at Shriners Hospitals. “It’s a loving hospital,” Megan said. “It’s like a second home.”