Every year, Shriners Hospitals for Children selects two National Patient Ambassadors to represent its patients. The ambassadors share their inspiring stories and the ways the health care system has made a dramatic difference in their lives. 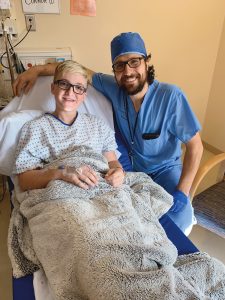 Connor has received treatments for cleft lip and palate since he was a baby. Now, he is a mentor for other kids.

Connor
Connor, 14, was born with a bilateral incomplete cleft lip and complete cleft palate involving the hard and soft palate. As a newborn, his condition was so severe that he was unable to create the suction needed to feed. By the time he was 3 weeks old, he was failing to gain weight and was about to be admitted to a hospital. That’s when Connor’s family learned about Shriners Hospitals for Children — Chicago. There, his nurse care coordinator gave Connor’s mother, Kelly, a special syringe, making it possible for her to finally feed her baby. From that moment, Connor began an extensive treatment plan of surgeries and interventions that will continue until he is 21, so that some repairs can be made after he has stopped growing. Connor’s condition affects not only his teeth and his ability to eat, but also his speech, hearing, and social and emotional well-being. In addition, Connor has a connective tissue disorder that eventually made it difficult for the active teen to participate in contact sports.

Still, Connor’s can-do spirit and supportive family have helped him find many ways to pursue his passions. Connor umpires for youth baseball, acts as a physical education mentor for other kids with disabilities at his school, and is an advocate and community volunteer. Above all else, Connor is a golfer. He maintains a busy training schedule and hopes to one day become a pro. Along with his family, Connor is part of a large local annual fundraiser, a golf tournament that has raised more than $200,000 over the years for Shriners Hospitals for Children. “I want kids to know that no matter what they look like, or how they walk, or what makes them different, they shouldn’t let anyone else make them feel bad,” Connor said. “I want to help other kids feel good about themselves and their differences.” 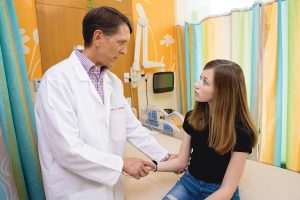 Mia has been treated at Shriners Hospitals since age 2. She has formed a tight bond with the staff and her care team.

Mia
Mia, 16, was born with a severe case of infantile idiopathic scoliosis. Her journey with Shriners Hospitals for Children began at age 2, when she was first seen at the St. Louis location. Mia’s treatments have included halo traction to gradually straighten and stretch her spine, as well as nearly 20 surgeries. During her extensive time in the hospital, Mia and her care team developed a tight bond, and Mia considers the people she knows at Shriners Hospitals – her doctors, nurses, therapists and even the security guard – family. She has served as a patient ambassador for Shriners Hospitals for Children — St. Louis since she was 4 and has appeared in promotional videos and media interviews.

Mia’s passion is theater and singing, and she was featured singing I’ll Be Home for Christmas in our holiday commercials. Mia is also part of the Shriners children’s choir that performed in the recording of Foreigner’s new version of their hit song I Want to Know What Love Is. “I am so honored to be in this position,” Mia said. “For as long as I can remember, I have always loved Shriners Hospitals. Not just because of the life it has given me, but the real love that comes from it. This community consists of the best people, and it truly makes my heart soar to know I’m a large part of it.”

TO WATCH Connor and Mia’s video, Through Darkness I Shine, visit bit.ly/ThroughDarknessIShine 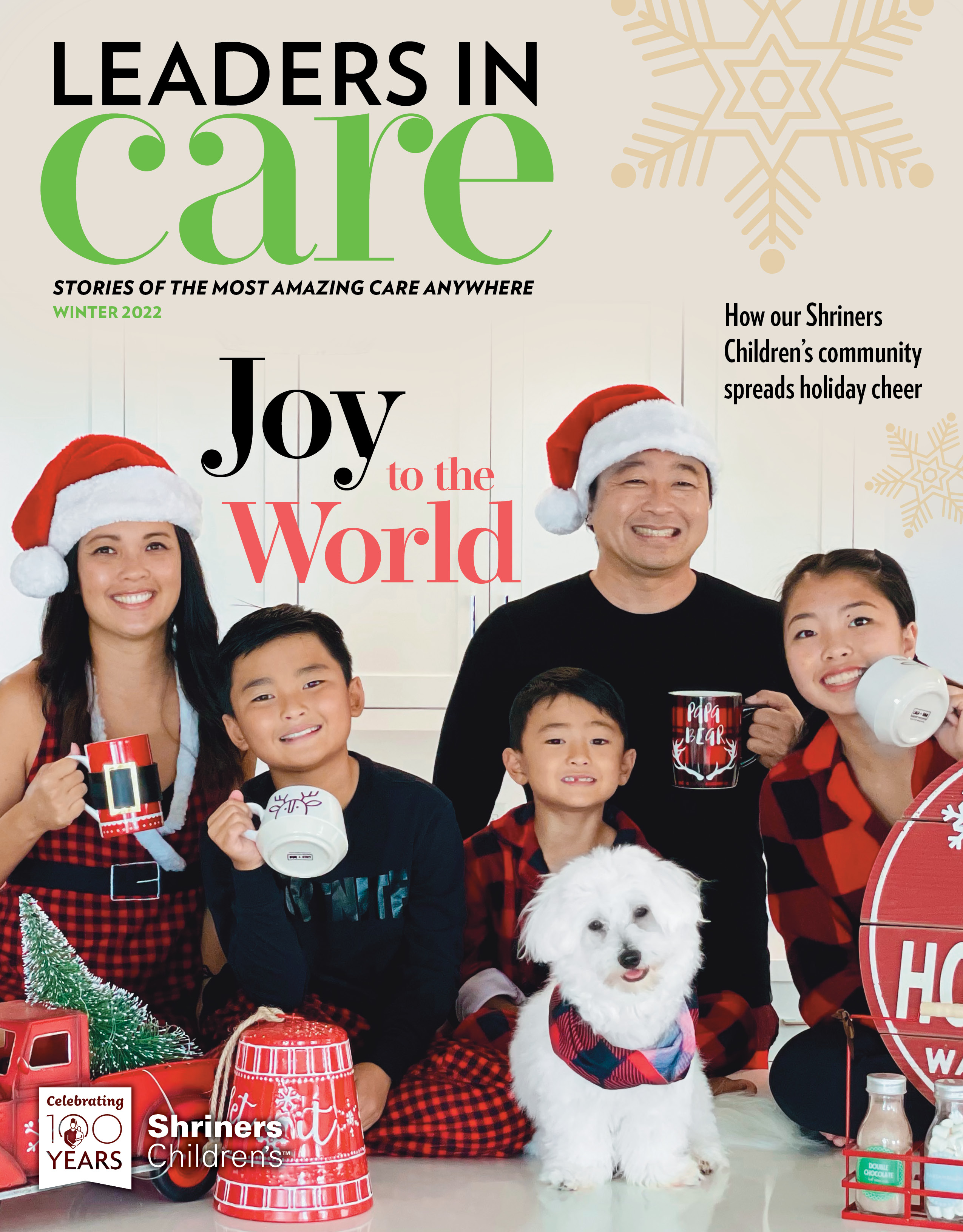