At Shriners Hospitals, we celebrate our patients’ many achievements

Success means a wide range of things for our patients: from gaining independence in day-to-day living to participating in sports and art. Shriners Hospitals for Children is dedicated to helping our patients achieve their goals and reach their highest potential. 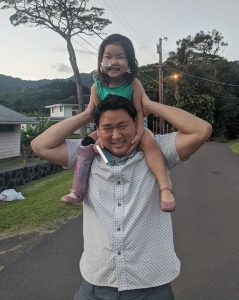 Mika was able to choose a purple foot, which helped inspire her progress.

“Look at my new foot! I have toes!” Those were the first words Mika said after being fitted with a customized purple prosthesis from Shriners Hospitals for Children — Honolulu. “She was ecstatic to have a foot, and she just took off with her walker and was headed out the door,” Mika’s mom, Allison, said with a laugh. “It was very exciting. We couldn’t wait to see her take her first steps again and become a little more independent.” The journey to Mika’s second “first steps” began several months earlier, when Mika developed fulminant viral myocarditis a week before her third birthday. The rare heart condition required Mika to undergo emergency treatment; unfortunately, a complication resulted in the loss of Mika’s right foot.

As Mika’s heart health steadily improved, her parents’ concerns soon changed from whether or not their daughter would live, to whether she would ever be the active little girl she had always been. An orthopaedic surgeon recommended that the family contact Shriners Hospitals for Children. “It was a struggle in the beginning because Mika kept saying she didn’t want to walk. She couldn’t walk because she only had one foot. She said she wanted to walk like before, and she wanted her own foot back,” Allison remembered. One way the Honolulu Shriners Hospital care team helped inspire Mika’s progress was by involving her in the creation of her new foot. “She said she wanted a purple foot from early on,” Allison said.

“As long as she will be able play, dance and hop, she is happy,” Allison said. Mika is on her way to doing just that, Allison reported, thanks to the teamwork of all those who have been involved in her care at the Honolulu Shriners Hospital. 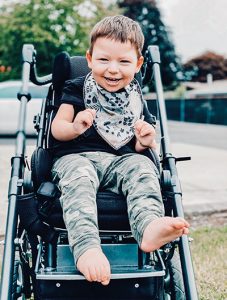 Jack has learned to operate his wheelchair and is now able to speak in single words.

Jack became a patient of Shriners Hospitals for Children — Portland when he was 6 months old. Due to complications during his birth, he has complex medical needs associated with cerebral palsy.

For Jack, success is about learning the basic skills to make his way through daily life. To help with his unique needs, Jack uses several assistive devices. These include a gait trainer that helps him walk, a stander to help support him as he stands and special chairs that help him sit.

Since beginning physical therapy at the hospital, Jack has made significant gains in his ability to operate a power wheelchair, a device his parents hope to procure for him at some point. “He literally cries when we have to leave after he gets to drive the power wheelchair,” said his mother, Angela. “He loves it so much.”

With the help of Speech Language Pathologist Megan Knight, MS, CCC-SLP, Jack is learning how to communicate using an eye-gaze device. This advanced technology allows patients to operate a speech-generating device solely based on their eye movement. “He spent a lot of his early days practicing through the use of games,” Knight said, “and has begun transitioning to using the device for communication.” Jack is now able to produce single-word utterances, which is a big step toward becoming an effective communicator. 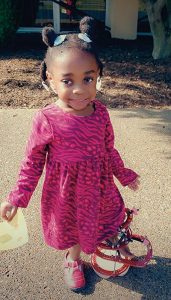 Camille’s reconstructive
surgeries will allow her
to live a life without
restrictions.

Walking into the spotlight

“They like to call her ‘Ms. Hollywood’ here because she’ll walk in with these shades on and just announce, ‘I’m here!’” said her mom, Shantay.

That Camille can walk into the hospital powered by her own two feet is a success many around her were unsure she’d reach.

Camille has a rare form of a rare condition called tibial hemimelia, which caused her left leg to be significantly shorter than the right and accompanying knee and ankle problems. Doctors who saw Camille at birth said amputation was the most likely option.

Instead of amputation, Camille has had surgeries to reconstruct her ankle and lengthen her tibia.

“She’s doing great,” said J. Eric Gordon, M.D., orthopaedic surgeon who operated on Camille. “It’s fun for me as a doctor to do something for kids like what we’re able to do for Camille. Because of her treatment here, she’ll likely be able to grow up and live a happy life without restrictions.” 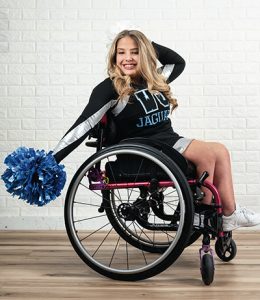 Missy practiced for hours a day and adapted the moves to make the cheer team.

She started out just cheering for her friends. But Missy, 14, soon got the cheer bug. Missy has spina bifida and uses a wheelchair. She didn’t know if being on the high school cheer team was a possibility for her, but that wasn’t going to stop her from trying.

Missy practiced every day for over eight hours. “It was exhausting, but you have to work hard for what you want,” said Missy.

When she showed up for tryouts, Missy knew her execution of the moves would be different from the other girls’. She had her own interpretation, like how to do the foot placements, and she hoped it would be good enough.

Shriners Hospitals for Children — Salt Lake City Physical Therapist Matt Lowell has been working on Missy’s wheelchairs for most of her life. He’s elated that Missy had the confidence to pursue her ambition and didn’t let anything get in the way.

“That’s my goal as a physical therapist,” said Lowell. “Each child is unique, and I want them to pursue whatever they want, however they need to. Missy is an inspiration!”

Missy not only made the junior varsity (JV) team, but she was also named JV Captain. “I believed in myself, and it paid off,” she said. 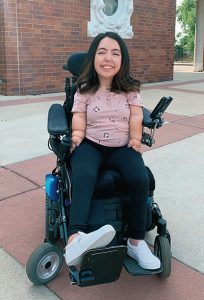 Natalia’s bone condition has inspired her to create art that educates.

A teenager with a rare condition wants people to know that her illness is not a barrier to her success; in fact, she’s inspired by it. It’s a message Natalia strives to send using her artistic talent. Her illness is called idiopathic multicentric osteolysis, or IMO.

Natalia’s bones dissipate over time because her body absorbs their calcium. The condition causes her to be tired and in near-constant pain. She has used a motorized wheelchair since the first grade and has been treated by Peter Smith, M.D., a pediatric orthopaedic surgeon at Shriners Hospitals for Children — Chicago, since she was 3.

Natalia loves to create, especially digital art, which she draws on a tablet. IMO has become a source for Natalia’s latest work. “I’m working on an art project that is going to show how IMO affects my body. I’m using different X-rays that my doctors have taken in the past years to show what goes on underneath the skin,” she said.

“I’ve taken pictures of my shoulders, elbows, feet, knees, neck, head … And I take the skin off and then you show all the different bones. Even though some of the bones have disappeared you can see them underneath, even though you can’t see on top of the skin.” “Natalia’s message is, ‘You are more than IMO,’” said her father, John. “And I believe art is a way for her to express that and demonstrate how the condition has affected her life.” 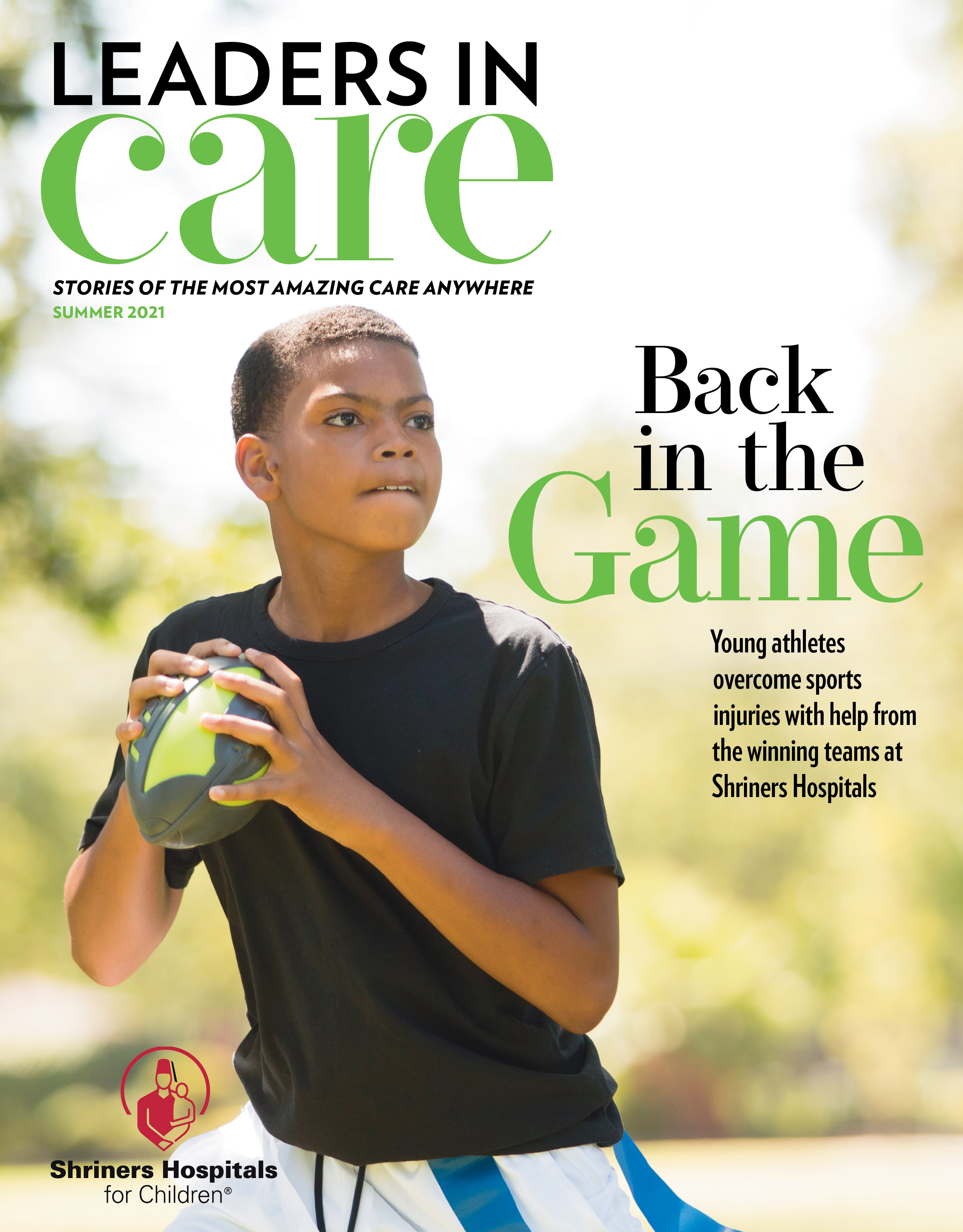